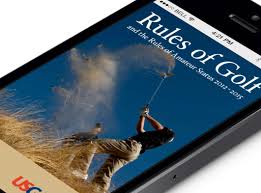 If you play golf, this has happened to you.  You hit a shot into the trees, long grass, or another erie place on the golf course and you are unable to find your golf ball.  According to Rule 27-1-c a player is allotted 5 minutes to identify their golf ball as being their’s or else it is deemed to be lost.

Once the ball is declared lost is where most golfers tend to make a mistake. Either out of a lack of understanding for the Rules of Golf, or to help speed up play, the player will typically drop a ball in the area close to where the original is deemed to have been lost, add one stroke to their score, and the proceed to play from there.  Naughty, naughty.  You’ve just broken the rules.  The penalty for the breach of Rule 27-1 would be loss of hole in match play, or two stroke penalty in stroke play.

The correct method of play would be to return to the spot from which the original ball was last played, and under penalty of one stroke, continue play from there.  Yes, that means that a lost ball is a stroke and distance penalty.  Now, to help keep the pace of play, if you think that your ball may be lost or out of bounds, you as a player are entitled under Rule 27-2-a to play a provisional ball.  To do so a player must inform his opponent in match play or his marker or a fellow-competitor in stroke play that he intends to play a provisional ball, and he must play it before he or his partner goes forward to search for the original ball.

Here are the different rules that come into play in this situation:

Rule 15-1: A player must hole out with the ball played from the teeing ground, unless the ball is lost or out of bounds or the player substitutes another ball, whether or not substitution is permitted (see Rule 15-2).

Rule 27-1: If a ball is lost as a result of not being found or identified as his by the player within five minutes after the player’s side or his or their caddies have begun to search for it, the player must play a ball, under penalty of one stroke, as nearly as possible at the spot from which the original ball was last played.

Exception: If it is known or virtually certain that the original ball, that has not been found, has been moved by an outside agency, is in an obstruction, is in an abnormal ground condition, or is in a water hazard, the player may proceed under the applicable rule.

Rule 20-5: When a player elects or is required to make his next stroke from where a previous stroke was made, he must proceed as follows:

b. Through the Green: The ball to be played must be dropped and when dropped must first strike a part of the course through the green.

c. In a Hazard: The ball to be played must be dropped and when dropped must first strike a part of the course in the hazard.

d. On the Putting Green: The ball to be played must be placed on the putting green.